Epidemiology:
In the Adriatic, prevalence ranged from 0% to 70% through the year (highest in the warmer part of the year) (Mladineo and Maršić-Lučić, 2007). In Egypt prevalence ranged from 27.2% in November up to 80% in March continuing with high prevalence throughout spring and summer, with water temperatures from 11.8 °C (winter) to 30.1 °C (summer) (Faisal and Imam 1990). Antonelli et al. (2000) reported different results of the prevalence in the infected sea bream in Corsica (13 °C in winter to 24 °C in summer), where the prevalence ranged from 20% to 80% through the year (highest in winter and lowest in spring). In the experimental studies, smaller sea bream (30 g) had prevalence up to the 100%, and the larger fish (150 g) 96.6% (Stija-Bobadilla et al. 2009; Antonelli et al. 2000). Some authors found positive correlation between increase of sexual hormone levels and susceptibility to monogeneans (Buchmann 1997, Escobedo et al. 2005), while others suggest that in the larger fish, water current that passes through the gills is stronger than in the smaller fish, therefore disabling the settlement of oncomiracidia (Stija-Bobadilla et al. 2009).
It is suspected that parasite transfer occurs by fish to fish transfer, likely from the wild fish to the cultured ones (Šarušić, 1999), but later study using mitochondrial DNA marker found no evidence for the transfer between wild fish Boops boops and cultured sea bream (Mladineo et al. 2009).
Transmission is from fish to fish, by eggs and oncomiracidia. Eggs of the S. chrysophrii are fusiform and have “tendrils” on both extremities, which allow the egg to attach on the epithelium between the lamellae but also to other substrates (cage nets) (Roubal, 1994). The parasite is not present in hatchery-bred larvae, which get infected when introduced in the new farm (in marine cages).

Therapy:
Stija-Bobadilla et al. (2006) recommend net changing with the bath treatments (formalin and hydrogen peroxide) to lower the possibility or re-infection. These practices are applied frequently at farms where the parasite is present. The effectiveness varies; 30 min bath in formalin (300 ppm) of S. chrysophrii is 100% effective for eggs, oncomiracidia and adults in in vitro treatments, and hydrogen peroxide (200 ppm) is 100% effective for oncomiracidia and adults but efficacy against eggs is not determined. Since these are all in vitro results more in vivo experiments should be conducted to determine the best dose and time of exposure (Stija-Bobadilla et al. 2006) Rigos et al. (2013) have developed a modified diet containing caprylic acid (CA), which is an eight-carbon saturated fatty acid, effective against ectoparasites. Although its antiparasitic mechanisms are not fully understood, it seems that its lipotropic properties enable dissolution of the pathogen cell membrane and consequent disequilibrium in fluidity and permeability, leading to membrane disaggregation or malfunction (Kato and Shibasaki 1976, Bergsson et al. 1998, Sun et al. 2003). In case of early infection with S. chrysophrii, a dietary dosing of 200 mg CA/ kg for 60 days can significantly reduce parasite intensity when a low infestation is established, but the compound has no effect on overall growth rate as expected (Rigos et al. 2013). Further more Rigos et al. (2016) tested the therapeutic effect of a compound mixture of caprylic acid (200 mg/kg fish), organic iron (0.2% of diet) and mannan oligosaccharide (0.4% of diet) in S. chrysophrii-infected gilthead sea bream. Although the mixture did not improve the fish growth during the study period, potentially leaving space for further optimisation of the added dietary compounds, nor the prevalence of S. chrysophrii, it did decrease significantly the number of adults and larvae in the gills (Rigos et al., 2016). Individual comparisons of gill arches showed that the preferred parasitism site for S. chrysophrii was the outermost or fourth gill arch, consistently apparent in fish fed the modified diet and in control fish. 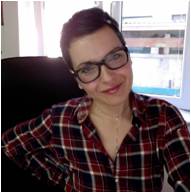